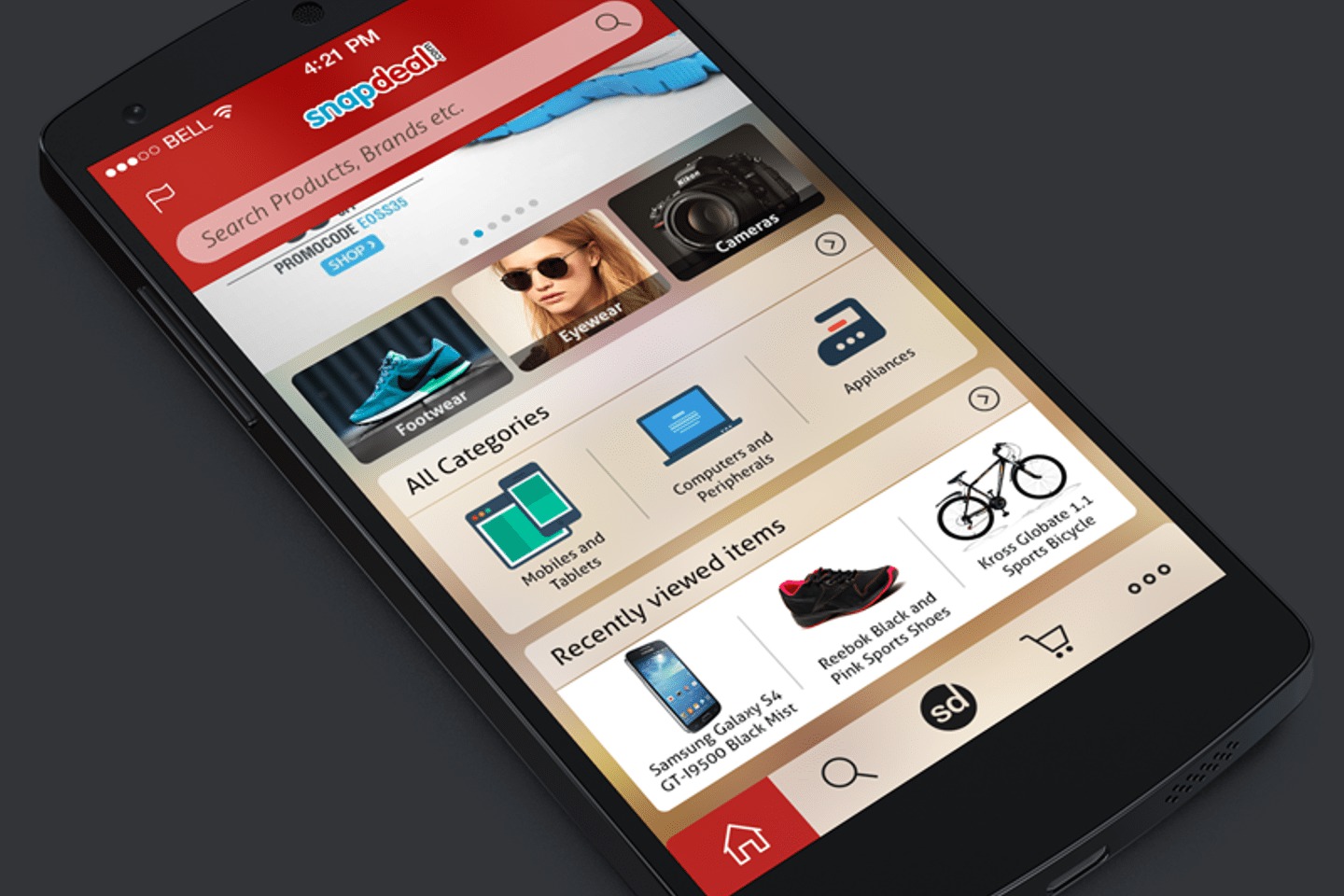 The retail industry is on a boom, Indian retail business is now standing tall at about 3 billion dollars; Snapdeal is no doubt one of the biggest players in the space, and a very promising one. Let us see about Snapdeal App Review.

While the market is hot, the focus is shifting now towards making the purchase happen on mobile apps, the e-tailers are even doing campaigns to make sure that people buy using mobile apps, Amazon for example offers special discounts if you buy using their application, even the sales are targeted towards a certain platform only.

The mobile application is at par with other competitors, with features like “shake to get exclusive offers” 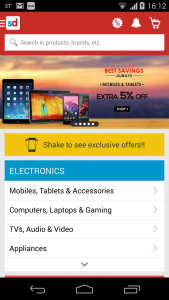 One of the most important part of any e-tailer application is to keep a pointer in the mind of its users that whenever they want to buy something “snapdeal” is the app they should be going to, Its a tough thing to do given that there are too many distractions in a user’s life and too much competition, if your engagement message is wrongly targeted or even badly timed , it may be of no use to the customers, in fact the problem boils down to the fact that does the e-tailer know what his customer is intending to buy next.

For the online sales a bigger chunk of this problem was solved by facebook and google, they look at your internet traffic, your likes and shares and deduce what category of products you might be interested in, the retailers do the campaign of their ads and the relevant ones are shown to the relevant category of people.

But when it comes to mobile, a user is living in a silo, he may be doesn’t even have an account with your mobile app and never bought a thing from you before so you don’t even know his buying profile, and hence you (e-tailer) will suggest everything you can to him on your app, on the first day your app is blind, your app will remain blind until the day your user makes a move and buys something or browses something at least.

What come out from the above discussion is
“Knowledge” about your user
Knowledge about his interests, what he likes and what he/she is really into these days.

The next big thing to know of is Competitors, which is vital to know but how to ? remains a question, what if the user is a total Flipkart buff, buys everything from Flipkart, does/should Snapdeal go an extra mile to convert him? Well I leave this question to them but do they know about the presence of their competitor in the user’s phone, I doubt that.

Lets assume that we know the user, at least what you present to user as the first experience will differ user to user; A hardcore gamer should see the listing of game titles rather than some ads selling mixer grinders,although mixer grinder ads may make more sense to a homemaker.

Bringing the user back in the loop is a hard thing to do, you got to keep making a pointer in the mind of user at “subtle” timings that “Our app is around for you”, one of the most used engagement model is sending interesting push notifications, make your users aware of sales and interesting events in your business, but the model is over-used now, in fact the pushes are boring, people just swipe them off in morning, they just pop up at wrong times and with wrong deals; What do I have to do with a sale of sarees while I am a gamer, newsbuff, moviebuff, and a shopaholic. I never bought a saree in my life being a male, so you see “Engagement” is no more “send a Push Notification everyday” game , its much bigger than that, there are 100s of apps in each phone, whoever bugs too much is going to get un-installed, If I am a 25 yr old boy and you show me push notification of a sale of Ladies Kurtis – I am not interested, I may be interested if you push a notification for a sale on Men’s shoes; knowing your user is half the game won.

Usually I get Snapdeal notifications on very odd times, however one of these days the most popular sale was on its way, it was everywhere in newspapers and TV but no Push in the morning at 8 AM when it was about to start; I do get a push at evenings sometimes which I hardly entertain and I just swipe through, a normal hit ratio for e-tailers in push notifications is about 1% may be even less than that, the game is not to drive sales by push but to put that pointer in the mind of users.

The snapshot given below is of a notification promoting a music app, while the phone user is strictly a no-music person, and sitting at his office, the promotion should rather be focused towards music lovers. 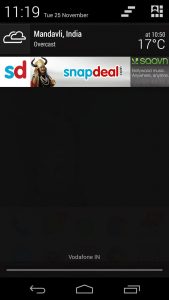 While this is what facebook is suggesting me to buy

“Muscletech” – which is a protein supplement, purely because i read about keeping myself active, but does snapdeal knows about this? Perhaps not, and they won’t.
Here is an example screenshot which I imagined for a female homemaker using the snapdeal app, powered with knowledge of contexts.

Having a context knowledge of each user locally with api’s could alleviate this to a lot of extent, you show the relevant categories of products and you push the right notifications at the right time to your users to make better chances of them buying the products or atleast to make that cue in their minds about your products.
Disengagement – An app developer may never know when a particular user decided to stop using the app. Disengagement is inevitable, its bound to happen with any application, the game is to get installs, make sure people use your application (engagement), and after a certain period of time the disengagement starts happening and it could be for various reasons – May be your new versions are not stable enough, your push notifications are on wrong time in wrong context, worse your advertisements are not well targeted, your customer support sucks big time it could be any of the reasons, and while finding out who came on network is easy finding out finding the un-installs is not, so whoever stopped using your app is probably the dis-engaged one and that’s your only cue.
I uninstalled the snapdeal app, and there seems to be no special push or emails to get me back in the game, Why ? Because they don’t know it, had they knew how much I spend usually and when exactly did I got dis-engaged, they might have had an idea, simply an A/B test of finding out un-installations since last version update and what version your users were running when they un-installed is vital to know for finding the answer to “why did they un-installed ?”.
So you see you can’t just stay CRUD for e-commerce, the game is evolving, so evolve, now is the best time.