Everything you need to know about Alpha and Beta Testing 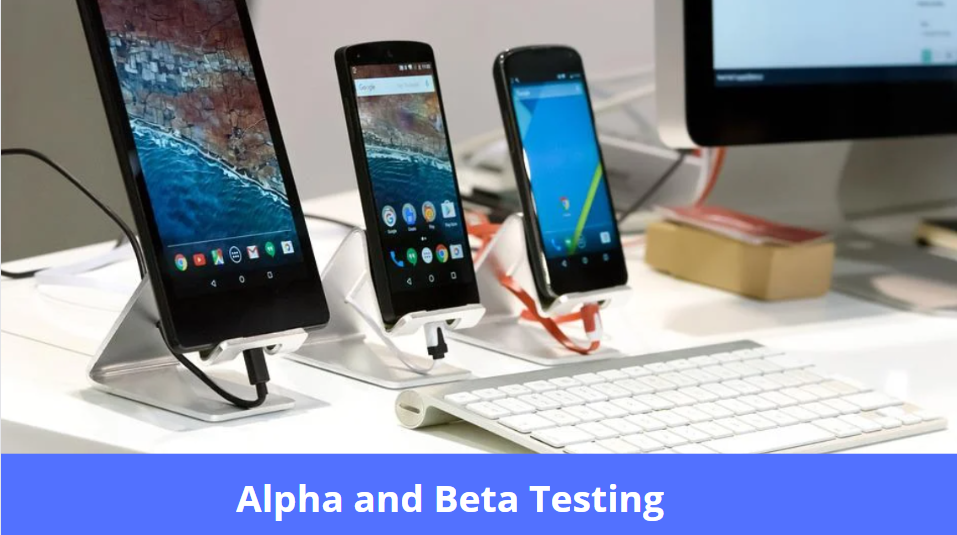 An alpha and beta testing is a preliminary test of a new piece of software. The goal of alpha testing is to find and fix bugs that weren’t spotted during the earlier phases of development. Alpha testing in software development is done by the programmers. However, future customers or a specialist team of testers perform this type of testing outside of the organization. Developers are present during the test to monitor any issues with the software. The alpha test is typically carried out by a team of independent testers made up of future users or customers.

Using the name Alpha is a reference to how early in the software development process this test is carried out before the software enters Beta testing.   In alpha testing, techniques like white box and black box are used. Unlike a black-box test, a white box test allows a tester to “see into” the product and see what happens during tests. Whereas a black box test simply reveals the inputs and validates the outputs.

How does the Alpha testing process work?

Alpha testing is carried out in a step-by-step manner:

There’s a fair chance you’ll find a slew of bugs by now. The QA team’s testing and additional testing in a new environment fall under the second category. Using black box and white box testing, this goal can be achieved. The team should utilize a method to stay on the same page and avoid numerous developers working on the same bug at the same time. Maintaining this journal streamlines the process and prevents unnecessary time loss. It is also possible to keep track of the progress that has been done in dealing with bugs. To organize your test cases, conduct tests, collect data, and coordinate test efforts with your QA team, you need to work efficiently.

How Alpha Testing can be beneficial?

What is beta testing?

After extensive internal testing, a product must undergo one more round of testing before it can be made available to the general public. Some end customers are given access to the beta version of the product, which is a nearly-completed (90-95 percent) version of the software. This technique of beta testing is used to get input on the created software’s accessibility, usability, reliability, and functioning, among other things.

As a rule, real users test a minimum viable product in an actual production setting. Product management, quality management, and user experience are among the groups involved in beta testing, but the actual people who will be using the product are the beta test participants.

The primary goal of alpha and beta testing is to put the product through its paces in a real-world context before it goes into production. An effective way of beta testing is used to get user feedback before launching the product to a wider public. It is also well-known that the goal of continuous improvement is to improve items over time by constantly evaluating and refining them.

It’s easier to gauge whether or not a product will be well-received by customers if it’s put through its paces by actual users in beta testing. A secondary goal of beta testing is to make sure that the product works properly across a variety of operating systems, mobile devices, desktops, and laptops as well as multiple platforms and browsers.

Why Beta Testing Is Beneficial?

Beta testing provides quick feedback on the product, which aids in the improvement of the product’s quality and, as a result, increases customer satisfaction with the final product.

Beta testing for the public:

An online-only feedback system is used in this form of testing. Changes and improvements to the product are made as a result of customer input and data, resulting in an improved user experience.

When a software product is made available to the company’s internal employees or technical staff, their opinions and suggestions for development are gathered.

Beta testing with a specific focus:

Specific features or components are monitored during focused beta testing. In this phase, the program is made available to a select number of users, who are then tasked with providing feedback and suggestions on how the product may be improved.

Performing beta tests after a product are released:

To gather data for a future release of the program, this sort of testing involves releasing the software to the market for end-user testing.

Also Read – Alpha Vs Beta Testing and how they compare